Smartphone-based Pan and Zoom in 3D Data Spaces in AR

We introduce a set of smartphone-based techniques for 3D panning and zooming in AR and present the results of a controlled lab experiment regarding efficiency and user preferences.

Info The paper presenting our techniques, study setup and results was presented at the 21st International Conference on Human-Computer Interaction with Mobile Devices and Services (MobileHCI 2019) which took place October 1-4, 2019 in Taipei, Taiwan.

We investigated mobile devices as interactive controllers to support the exploration of 3D data spaces in head-mounted Augmented Reality (AR). In future mobile contexts, applications such as immersive analysis or ubiquitous information retrieval will involve large 3D data sets, which must be visualized in limited physical space. This necessitates efficient interaction techniques for 3D panning and zooming. Smartphones as additional input devices are promising because they are familiar and widely available in mobile usage contexts. They also allow more casual and discreet interaction compared to free-hand gestures or voice input.

We introduce smartphone-based pan & zoom techniques for 3D data spaces and present a user study comparing five techniques based on spatial interaction and/or touch input. Our results show that spatial device gestures can outperform both touch-based techniques and hand gestures in terms of task completion times and user preference.

Info As for application scenarios for smartphone-based exploration of datasets (e.g., search result sets) you may also take a look at the highly related research project „Reality-based Information Retrieval“ (RBIR) 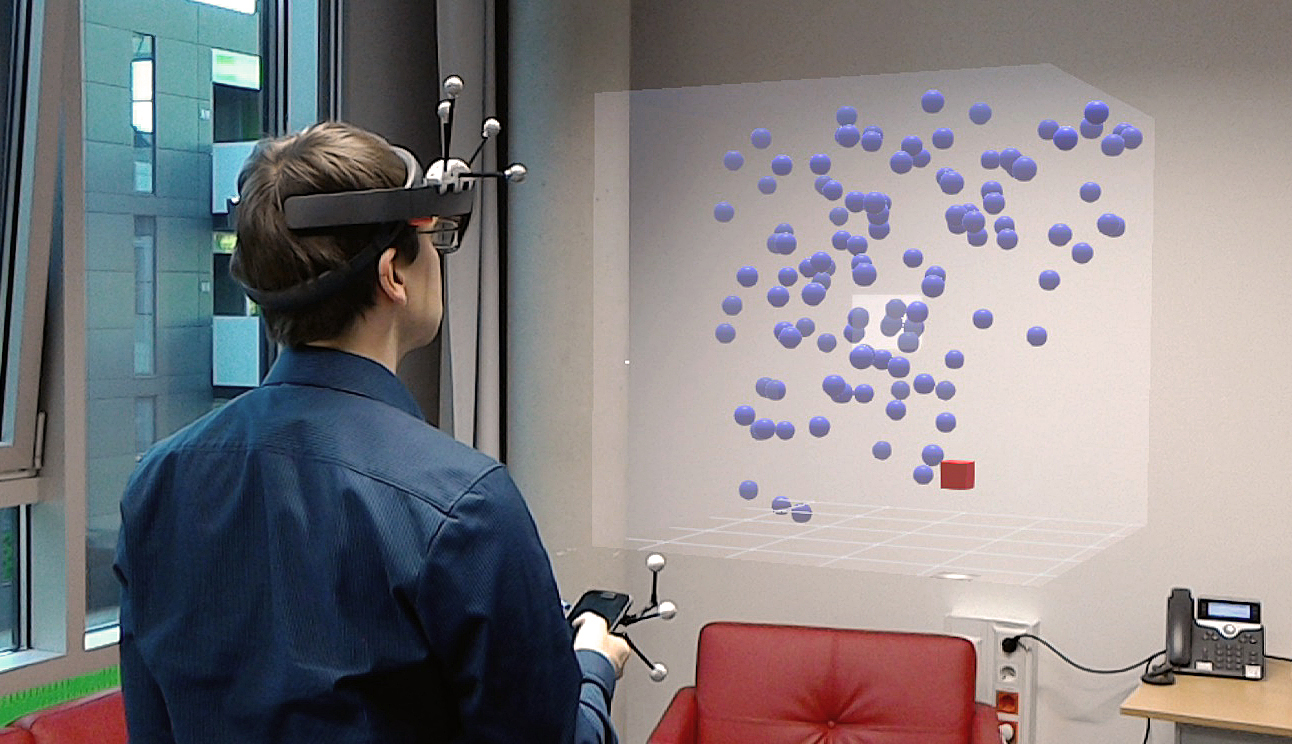 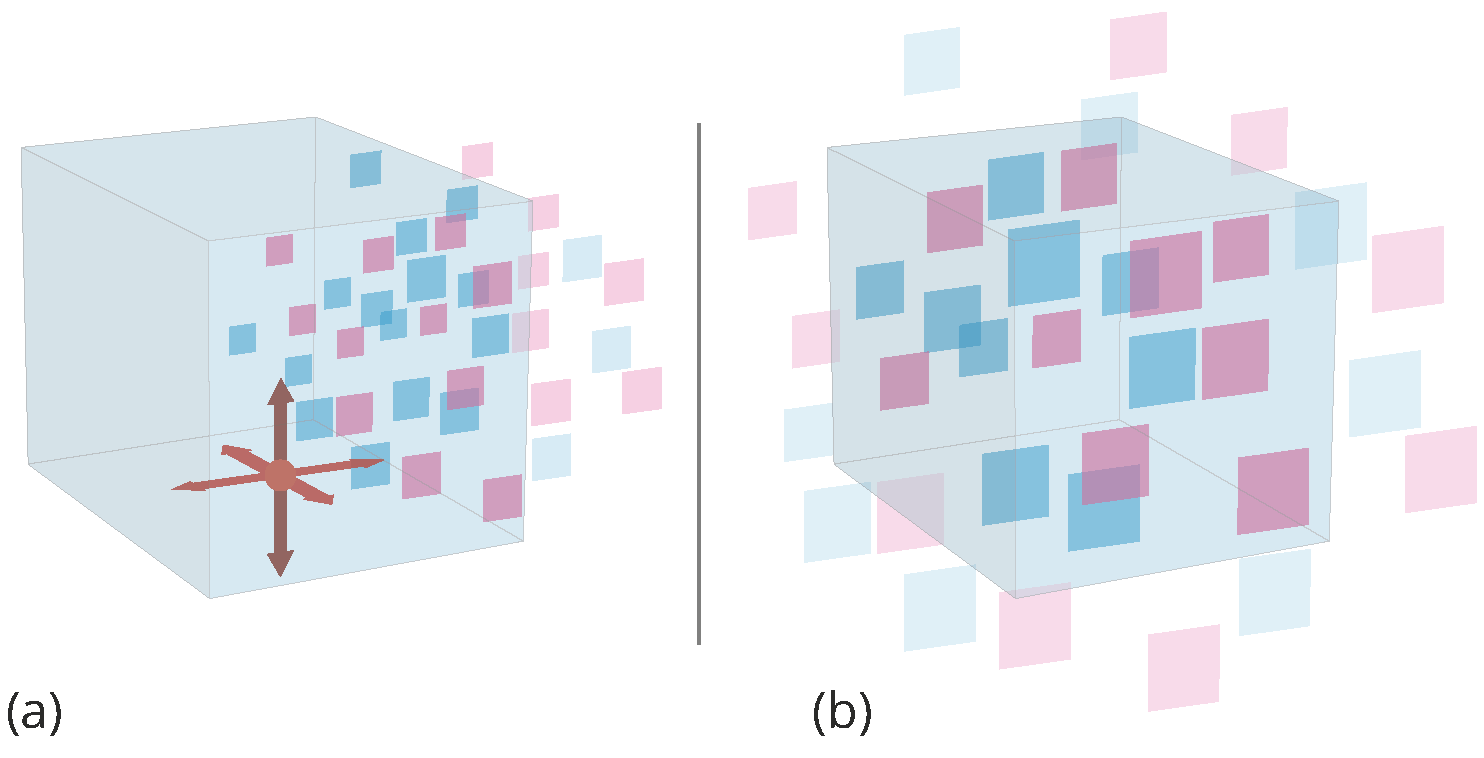 In an iterative process, we identified a) four applicable phone-based solutions for panning (Move, Rotate, 2D-Drag with plane selection, 2D-Drag with orthogonal translation) and b) three for zooming (Move, Rotate, Drag) which can be combined to 12 compound techniques. We selected a subset of four techniques (Move+Drag, Move+Rotate, Drag+Drag, DragRotate+Drag), depicted below, supplemented by the HoloLens AirTap gesture on the left as baseline technique.

Our goal was to gain insights into different 3D pan & zoom techniques and their combination for the exploration of a 3D data space. Particularly, we wanted to assess our five selected techniques regarding their performance in speed, efficiency, learning effects, and fatigue.

We designed a user study as a controlled lab experiment. The independent variables were interaction technique, task type, and target zoom level. The dependent variables were task completion time and efficiency (the ratio of the shortest translation path and the actual path). We chose a within-subject design where each participant completed all tasks with all techniques. The order of the techniques was counterbalanced, the order of the tasks for each technique was randomized.

We recruited 28 participants from an entry level HCI course at the local university, 25 of which completed the study successfully. The results of three participants had to be excluded because of technical and personal issues. 15 participants were male, 10 were female. Their mean age was 21.8 (SD=3.5). All had normal or corrected-to-normal vision. Our experimental setup included a Microsoft HoloLens and a smartphone. In order to bring both devices into a common coordinate system and allow for precise and solid data logging and analysis, we attached IR markers to them and tracked both devices with an IR tracking system.

The AR scene presented to the user consisted of a virtual cube representing a zoomable information space in the form of a clipping volume for a larger scene, effectively serving as a volumetric window into this data space. It was filled with randomly positioned clusters of spheres that served as both a depth cue and as mock „data items“. In the center of the cube, a target volume was highlighted. For each trial, a small red cube was placed at predefined locations in the scene. The goal of each task was to move this target object into the target volume in the center of the presentation space and adjust its size to the target volume. To this end, participants had to pan & zoom the scene.

We logged task completion times as well as the target position and scale over time. We also logged the position and orientation of the HoloLens and, if applicable, the phone. 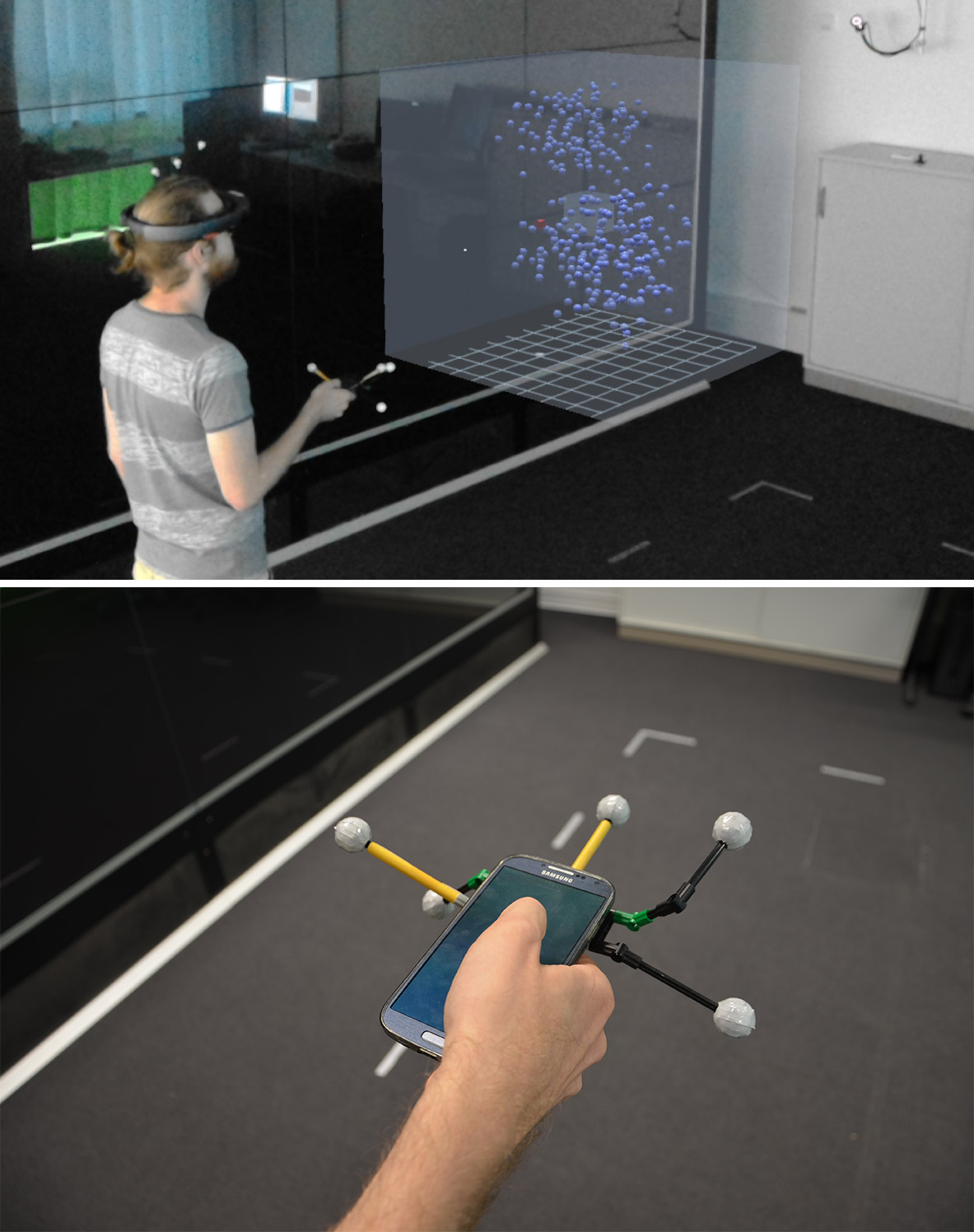 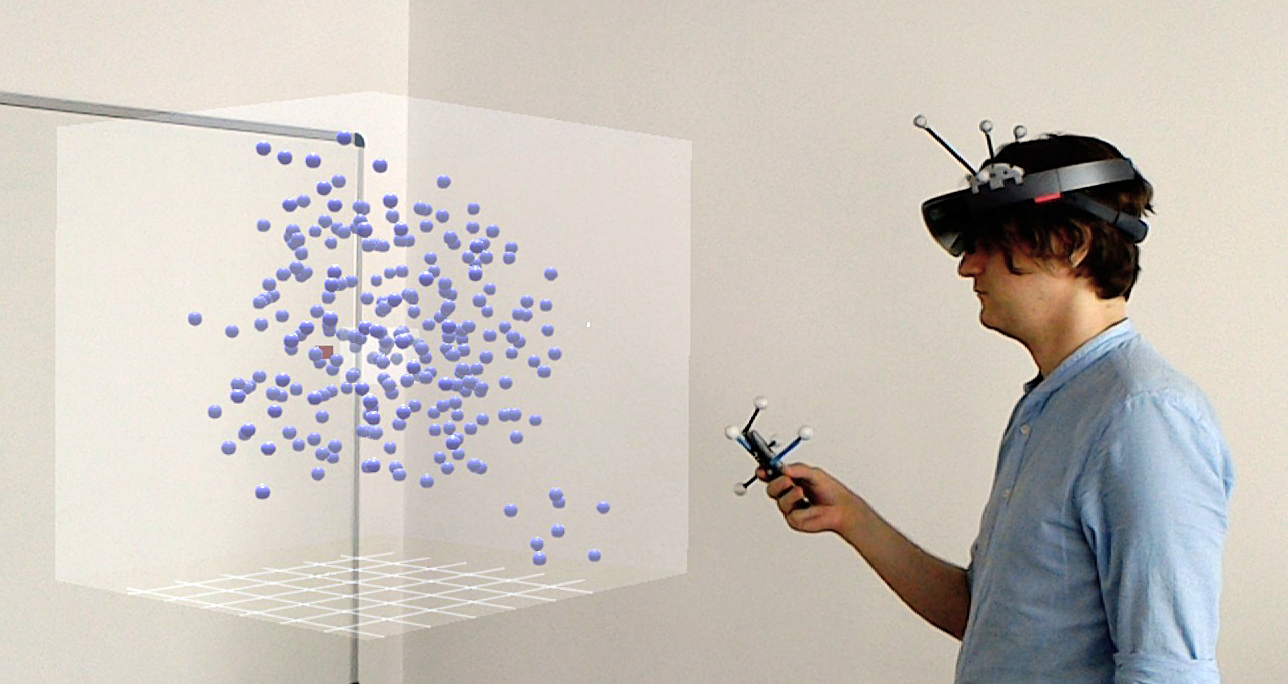